Monash University of Melbourne, Australia, is a public university founded in 1958. Monash has grown from its first enrolled class of 347 students at its Clayton, Victoria, campus in 1961 to its current enrollment of 45,000 undergraduate and 17,000 graduate students at local campuses in the state of Victoria and in Malaysia and South Africa. International centers also exist in China, Italy and India.

The university has established itself as a leading center in the region for medical research, including the Australian Stem Cell Center. Monash alumni include leaders in the medical and stem cell research fields, such as Dr. Susan Lim, who was the first surgeon to perform a successful liver transplant procedure in Asia.

Research dominates at Monash University with over 3,000 publications produced each year by staff members. More than 120 research institutes make their home at Monash. Included on its faculty are distinguished scientists such as Professor Alan Trounson. Professor Trounson headed a scientific team whose work led to the discovery that embryonic stem cells could produce nerve stem cells. Monash ranks as one of the top 20 biomedicine universities in the world. 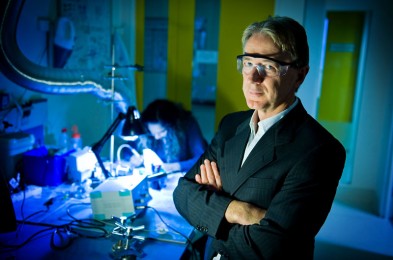 The campus in Malaysia opened in 1998 as the first foreign university in the country. In 2001, Monash again achieved the distinction of being the first foreign university in a country when it opened its campus in South Africa. At home, Monash University was growing into a truly international school as it welcomed students from more than 100 countries speaking over 90 different languages. International students attending Monash University at one of its campuses in Australia make up 30 percent of the total student population.

Its prominence in the world of medicine and bio research is equaled by the university’s library and fine arts collections. The Monash University Library has over three million books and materials in its collection. This includes a rare books collection located on the Clayton campus that contains 100,000 items.

The Monash University Museum of Art, the Switchback Gallery and the MADA Gallery house works of art including paintings, tapestries, ceramics and digital media in their collections located on the campuses of the university. The Monash University Museum of Art and the Switchback Gallery feature Australian art in additional to international pieces. Sports and a full range of athletic facilities are also available to students and staff.

In addition to doctors, other alumni of Monash University include judges, government leaders and religious leaders from around the world.