Mark Pieloch’s generous financial contribution made it possible for the Capital Humane Society in Lincoln, Nebraska, to open the new Pieloch Pet Adoption Center in a central location within the city. Designed to encourage adoptions for homeless cats and dogs, the center held its grand opening in July 2013 and attracted a crowd of more than 400 people. Additionally, 12 pets found homes on the first day of the new shelter’s operations. 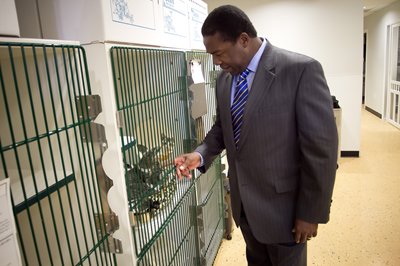 The Capital Humane Society was founded in 1902 and was initially known as the Lancaster County Humane Society. The original mission of this organization was limited to protecting children and horses from cruel treatment. In 1907, the humane society expanded its activities to include the prevention of cruelty and the protection of dogs, cats and other pets in the area. The main shelter facility at 2320 Park Boulevard is located on a piece of land first acquired by the society in 1924. In total, three separate shelters have been built on this property over the years. The current facility was built in 1966 and underwent a major renovation in 1997. A spay and neuter clinic was added to the Park Boulevard shelter in 2004 and allows the Capital Humane Society to perform these important pet-health and overpopulation-prevention procedures on site.

By contributing to the construction of the Pieloch Pet Adoption Center, Mark Pieloch has improved the chances for dogs, cats, rabbits and other pets to find homes in the Lincoln area. His gift will make a difference in the lives of pets and their owners for many years to come.