Earwax, or cerumen, normally lines the ear canal, a narrow tunnel about one inch long that extends from the outer ear to the eardrum. (This tunnel contains many nerve endings, so that even the slightest touch or pressure can cause discomfort.) Earwax, which is produced by glands in the canal, protects the inside of the ear, especially against water. When too much wax accumulates, however, it can cause pain, itching, ringing in the ears (tinnitus), and temporary loss of hearing. Diagnostic Studies and Procedures A doctor can easily detect a buildup of earwax by looking into the ear with an otoscope, a hand held magnifying device with special lights. Physical examination of the ear canal also allows her to rule out other possible causes of the symptoms, such as an ear infection.

Other Causes of Ear Symptoms

An ear infection, a tooth or gum abscess, or temporomandibular joint problems can bring about ear pain. Excessive use of aspirin or certain antibiotics and other medications sometimes produces ringing in the ears (tinnitus) and perhaps hearing loss. A foreign body in the ear canal, exposure to excessive noise, or trauma can cause ear pain and hearing loss.

Earwax buildup is treated by removing the excess wax. Unless there is also an infection or a foreign body in the ear canal, no medication is needed. The wax may be removed by irrigation, but most ear specialists prefer to roll it out with an instrument shaped like a loop, or to extract it with a small vacuum device that is connected to a thin, flexible tube. These two approaches are more comfortable and less messy than the irrigation method. 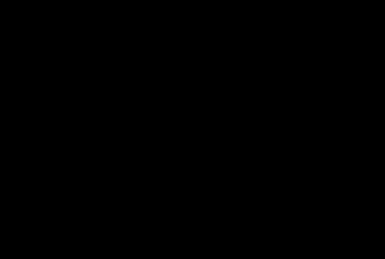 Reflexology. If you still have some loss of hearing, reflexologists suggest pressing the tips of your middle finger and ring fingers of one hand with the thumb and first finger of the other; do this for several minutes, four times daily. Other reflex points said to affect hearing are in the spaces behind the last wisdom teeth. Try biting down on a firm object placed between these gums, for five minutes, several times a day. Homeopathy. To remove earwax, practitioners suggest placing two or three drops of pure olive oil in the ear for two or three nights in a row, and then clearing the ear with irrigation . Alternatively, you can try tincture of plantago or verbascum and thapsus to remove wax.

You can usually remove earwax by first softening it and then either allowing it to drain naturally from the ear or irrigating the ear. Do not attempt removal of earwax yourself if you have a perforated eardrum; seek medical treatment. One approach for softening the wax involves using nonprescription ear drops. To insert the drops, lie down with the ear to be cleaned facing toward the ceiling. With one hand, pull the top of the ear gently up and toward the back of the head. Following the directions on the ear drops package, put the recommended amount into the ear canal. If possible, remain in the same position for 20 minutes; otherwise, gently plug the ear with cotton. To irrigate the ear canal, sit up, leaning away from the affected side. Fill a soft rubber-bulb syringe with plain warm water or equal parts of warm water and 3-percent hydrogen peroxide, and insert the tip of the syringe into the ear canal. Gently squeeze the bulb to express the water, then leave the head tilted for a few seconds. Next, hold a small bowl beneath the ear and tilt the head the other way to allow the canal to drain. Repeat until the ear feels clear. You should see one or more plugs of earwax in the liquid that drains out. Another method is to warm a table ­ spoonful of 3 percent hydrogen peroxide, place 10 drops of it in the ear canal, and allow it to remain for three minutes. Then tilt the head until the liquid runs out onto a tissue. Repeat two or three times. This should soften the wax, which will come out of the ear with the peroxide. If not, remove it by irrigating the ear with warm water. Do not try to remove the wax with a stick or cotton swab, as this will only push the wax further into the ear canal and possibly cause an infection or damage to the eardrum.